The GBFDC was started over 25 years ago in 1994, to enable GB First Day Cover Collectors to contact each other, enjoy sharing knowledge and benefit from joint events and activities.

There is a huge demand for information about GB First Day Covers, and a need for members to be kept up to date with the latest developments in the field.

We design our own first day cover and sponsor handstamps from Royal Mail for four official First day Covers, during the year, which are in limited numbers and only available only to members. The First Cover to be produced was for the Rugby League Centenary issue on 3 October 1995. This cover is highly sought after.

In addition there is a special First Day Cover produced for the Annual General Meeting, which is available only to members attending the meeting. 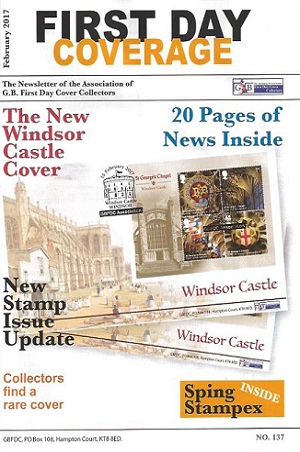 We produce a newsletter, First Day Coverage, with news, views and articles four times a year. There are twenty or more pages per issue. It is packed with information and interesting articles. There is comprehensive information about the variety of First Day Covers produced for each new British commemorative stamp issue, as well as Special Offers from the Association, Advertisements from many cover producers and dealers. It also allows members to advertise and sell covers.

In between editions of the Newsletter there is a Facebook site www.facebook.com/gbfdc which enables chat and discussions. One area which is becoming popular is signed covers by designers, politicians or celebrities associated with a particular issue of stamps, and cats on Facebook can lead to some otherwise decipherable signatures being identified.

In addition to First Day Handstamps, Counter Day Stamps – CDS from Local  Post Office, on the day of issue are also collectable. Examples of which are Burnt Oak for the Fire Brigade Issue, Par and Caddy for the Golf Issue or locations relevant to the Issue such as Penny Lane for the Beatles Issue or Shires for the Tolkien/Hobbit issue.

We are very proud of our GB First Day Cover Auction, which we consider as good as if not better than most! Every auction includes an extensive range of British First Day Covers to suit all pockets and tastes. We run two large auctions a year by post and now also available online, with up to 1450 lots.  We have just had our 37th Auction.

Many of our members visit and exhibit at Stamp Fairs and attend Philatelic Clubs. Our members have extensive First Day Cover collections spanning generations. We have access to a huge resource of First Day Covers, whatever you collect, we can help and advise you.

Our website features cover from each reign from George V onwards. It has a members area, which has an extensive archive of newsletters and information.

In addition to the AGM which is held in Birmingham, we hold the only First day Cover Fair in the UK on the same day. This attracts dealers and members from throughout the country, and a free buffet lunch is provided.

If you would like to know more about GBFDC or to join the society contact us today.

To join GBFDC and receive your newsletters by email at the discounted rate of £12 a year follow this link https://www.gbfdc.co.uk/register you can pay with Paypal or credit or debit card via PayPal. 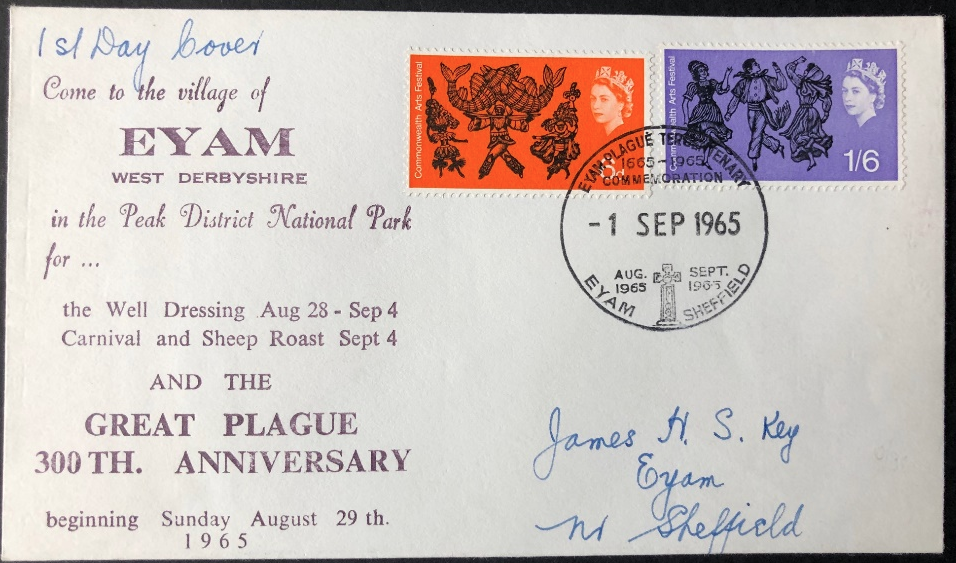 First Day Cover commemorating the great sacrifice made by the villagers of Eyam in Derbyshire in self containment to stop the spread of plague when a large proportion of the population of the village died as a result.

All other covers shown were produced by GBFDC.