Thematic Exhibits… a word of warning 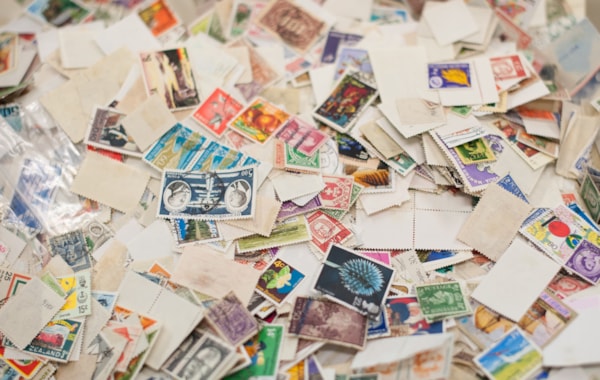 Philatelic knowledge is partly conveyed by the choice of material presented in the frames and this presents a particular challenge for Thematic exhibitors, writes Chris King, as he warns against the inclusion of ‘abusive and illegal issues’, which are prohibited at FIP exhibitions.

Thematic Philatelists use their exhibits to display knowledge and research in their chosen subject, writes Chris King. Many have real specialist knowledge because they are practitioners in the theme of their exhibit, and I have seen exhibits created by doctors, nurses, bankers and architects where it is hard for the jury to fault the information presented in the frames.

This is true in all exhibiting classes since the exhibitor often knows more about the subject than the juror. The challenge always is in the treatment of the subject and the way in which knowledge and research are presented – especially where the exhibitor wants to tell everything that they know about their particular passion. The best advice is to remember always that you are making a philatelic exhibit, to be selective, practice accuracy and brevity, and in Thematic Philately to make a clear distinction between philatelic and thematic knowledge.

Philatelic knowledge is partly conveyed by the choice of material presented in the frames and this presents a particular challenge for Thematic exhibitors. What follows is not a criticism of any thematic exhibits but a general concern in the world of Thematic Philately.

This is the inclusion of ‘abusive and illegal issues’, which are prohibited at FIP exhibitions.

Don’t get me wrong. Collectors can collect what they want, and the trade, especially the online trade, can sell what they want. Even the late lamented Francis Kiddle RDP FRPSL collected stamps which had never been near a postal administration, many of them very interesting, rare and valuable.

He even collected cheese labels, but none were included in his thematic exhibit on goats! However, when it came to a club display, he showed anything and everything.

Exhibitors can be severely penalised for including stamps produced wholly as collectibles which have never been used for postage – even when they have postmarks – and which often have never been near the country from which they purport to originate.

THE FIP Fight Against Forgeries website seems sadly no longer to be updated but see www.fipfakesforgeries.org under the heading Prohibited stamps at FIP exhibitions where this topic is discussed, and other links are listed. The UPU issues philatelic circulars on the subject, see www.upu.int/en/activities/philately/circulars.html

The most recent are from September this year and relate to illegal stamps supposedly issued by the Syrian Arab Republic and Mali. Going back in time, others are listed from Croatia, Rwanda, Libya and Egypt, Isle of Man, Kiribati, Madagascar and Namibia. There are very many others, but unfortunately the detail in the circulars is restricted as login credentials are required.

In the meanwhile, the printers and distributors of this material are making millions from the world of philately, at the same time as deceiving exhibitors.

The FIP and the UPU should be supporting collectors and exhibitors, and this information should be more widely available and up to date. There are no other bodies able to deal with this issue on a worldwide basis, and exhibitors are being let down by both organisations.

Get price lists, auction and events details delivered direct to your in-box…
sign up to receive the free All About Stamps newsletters today!