Most beautiful Europa stamps of 2019 revealed 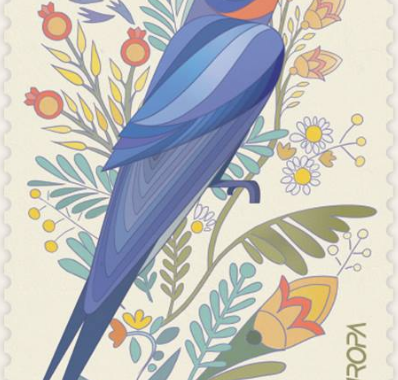 The results of the annual 2019 Europa Stamps competition were recently revealed, showing which stamps were the public’s favourite designs from all Europa stamps issued this year.

Each year PostEurop, the association which represents European public postal operators, invites members of the public to vote for their favourite design from the many Europa stamps issued, with a record 25,000 votes being placed this year.

This year the theme was ‘Birds’ and the results were revealed during the PostEurop Plenary Assembly in Jersey, with Haypost CJSC, the post office of Armenia, coming top in the voting. Turkish Post PTT came second and Posti Group Corporation (Finland) third.

Reaction to the results

Agnieszka Trząskowska, Chair of the PostEurop Stamps and Philately working group from Poczta Polska S.A. said: ‘I am very proud to announce that like last year, we had a new record number of votes – a new milestone of 25,000 votes! It makes me happy to see the growing engagement from voters all around the globe, this is highly beneficial for philately in general. The outcome of this year’s competition is again a great reward for the magnificent designers who via their creativity could create authentic works of art made with different production techniques, which help boost the promotion of European Ornithology, thus reflecting the magnificent biodiversity that we have throughout Europe.’

Meanwhile, a jury of six philatelic experts chose Pošta Slovenije (Slovenia) as the winner in the EUROPA Jury competition during the Belgian Philatelic Grand Prix ceremony. A spokesperson said: ‘Each displayed entry was scrutinised and deliberated by the jury. The jurors cast their closed ballots and after three rounds of voting, the group of experts… could proudly announce the winner.’ Liechtensteinische Post AG (Liechtenstein) earned second place, while Posti Group (Finland) completed the podium.