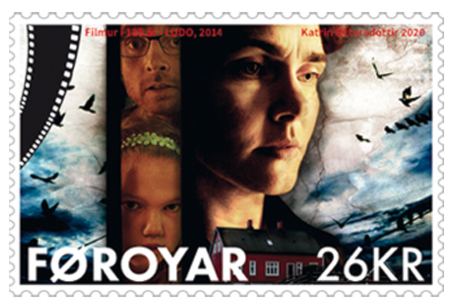 2020 marks the 125th anniversary of the first motion picture screening and to mark the event, the Faroe Islands have released a new set of stamps depicting two films by the Faroese film director Katrin Ottarsdóttir.

This year (2020) marks the 125th anniversary of the first motion picture screening. This pivotal event took place on December 28, 1895, when the brothers Louis and Auguste Lumière had their first public film performance in Paris in the presence of 33 viewers.

It is in this context that Posta is now issuing a stamp series featuring the theme of motion pictures. Katrin Ottarsdóttir (b. May 22, 1957) is a Faroese film director, screenwriter and author. 1989 saw the release of her first film, which was also the first movie, made by a Faroese film director, produced on location in the Faroe Islands with Faroese dialogue. 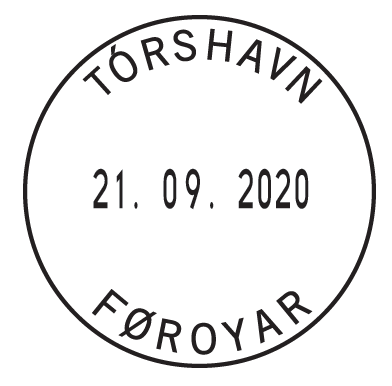 Bye Bye Blue Bird, 1999
Bye Bye Blue Bird is a road movie about the two young women, Rannvá and Barba, who return to the Faroe Islands after several years abroad. The film contains both pulpy provocation and a reckoning with the past.

Ludo, 2014
Ludo is a psychological drama about an 11-year-old girl who is caught between the mother's unstable mind and the father's well-meaning passivity.

'My film, "Bye, Bye Blue Bird" (1999), has also travelled the world and won awards, for example the Tiger Award at the International Film Festival in Rotterdam. In addition, this film has been shown in cinemas in Germany, the Netherlands and Japan. The short film, "The Man Who Was Allowed to Go" (1995), has also participated in several film festivals in Europe.'

Making movies is not a routine job where you come and go. It is a lifestyle that runs in the blood. You are always prepared. And if you are unable to realize your dreams of moviemaking, you either become even more stubborn, or else you are really pushed over the edge.'