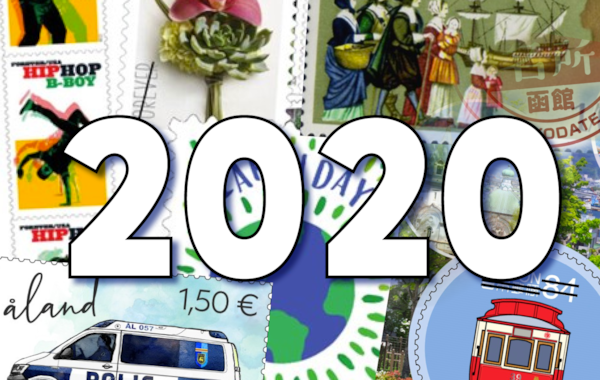 A huge range of events, anniversaries and personalities will be celebrated on stamps in 2020. Take a look at some of the many stamp schedules from nations including Faroe Islands, Norway and the USA, with our 2020 stamp preview…

You can keep up to date with every stamp issue from our post office partners, including:

Guernsey Post will celebrate the work of Beethoven across a number of stamps issued throughout the year, highlight the endangered Kordofan Giraffe, mark the 75th anniversary of Liberation Day and the 100th anniversary of Rupert Bear. See more on Guernsey's 2020 stamps here. Alderney stamps will feature Sealife in the Ramsar area, the 250th birth anniversary of William Wordsworth, and the eightieth anniversary of the Battle of Britain.

The 75th anniversary of the end of World War Two will be a popular stamp subject in May 2020, since the conflict affected so many people and countries around the world. Jersey and Guernsey will be marking the event, which saw the Channel Islands finally liberated after years of German occupation.

Other post offices marking the event will include Great Britain, Canada, Norway, and the Netherlands. No doubt many more VE Day stamps will be announced in the weeks ahead. 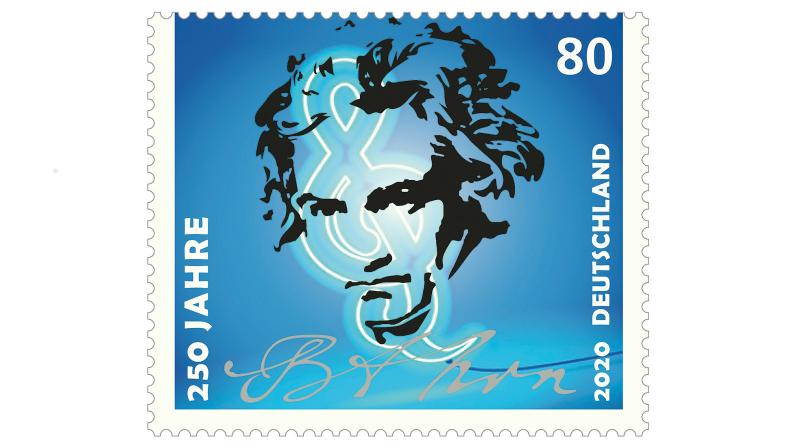 The 250th anniversary of Beethoven's birth (the composer was born in December 1770, in Bonn, Germany) will be celebrated on many stamps, including designs from Brazil, Jersey, and Germany. The 80 cent stamp from Germany will be issued on 2 January and will be the highest first issue in the history of Deutsche Post AG, with 626 million copies of the stamp set to be released.

The USA has also revealed a large part of their 2020 stamp schedule, with topics to include ‘Voices of the Harlem Renaissance’, ‘Earth Day’, ‘Hip Hop’ and ‘Fruits & Vegetables’.

The US Postal Service will also mark the 400th anniversary of the arrival of the Mayflower in Plymouth Harbour. The stamp’s image is based on artwork of watercolour, acrylic and gouache, a method of painting that uses opaque pigments ground in water and thickened to a glue-like consistency. Read more about the USA's 2020 stamp schedule.

Royal Mail are also rumoured to be preparing a stamp for the Mayflower 400 celebrations (Great Britain issued stamps to mark the 350th anniversary back in 1970), whilst the Royal Mint will be issuing a special coin for the anniversary.

Canada will issue stamps on subjects including medical ground-breakers, the history of radio in Canada, and the 75th anniversary of VE Day in 2020.

The history of radio in Canada will be reflected on stamps, whilst notable works by the Group of Seven, a group of renowned Canadian landscape painters who were active in the 1920s and 1930s, will be represented in a seven-stamp set marking their 100th anniversary. See more Canada stamp subjects for 2020.

The United Nations Postal Administration (UNPA) will issue stamps on subjects including:

The Tokyo 2020 Olympics is set to be celebrated on a wide range of stamps from participating countries, including Slovenia, Hong Kong, Moldova, Belgium, Brazil, and of course the hosts Japan. Read our quick guide to creating a collection of Olympics stamps.