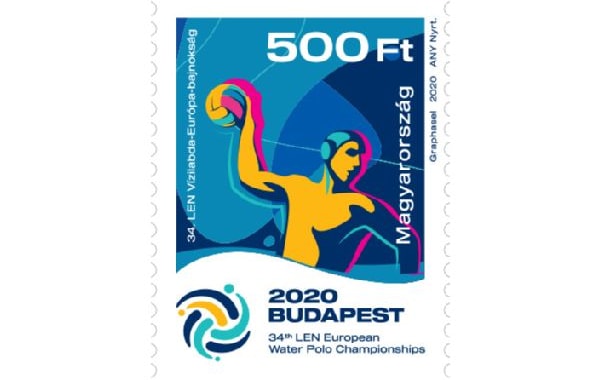 Magyar Posta is marking the 34th LEN European Water Polo Championships, which are being held in Hungary, by issuing a special stamp.

A male water polo player in action is shown on the special stamp, while a woman playing water polo appears on the first day cover. The official logo of the 34th LEN European Water Polo Championships appears on the stamp, which was designed by Csaba Attila Dobos and László Ördög.

This is the fifth occasion that Hungary has hosted the adult European water polo championships, which will be staged between 12 and 26 January at the Duna Aréna in Budapest.

The first European championship was held in 1926 and, to avoid clashing with the summer Olympics, the second was held in 1927 and the third in 1931. Currently the competition is held every two years, in the summer midway through the Olympic cycle and at the beginning of the year in years when the Olympics are staged.

QUICK LINK: Stamps to look forward to in 2020