As the global community reacts with horror to the fire at Notre Dame de Paris cathedral in France, the country’s president Emmanuel Macron has pledged that the cathedral will be rebuilt.

At 6.43pm on 15 April 2019, a fire was discovered at the 850-year-old cathedral in central Paris. The ancient building was evacuated and for the next fifteen hours, firefighters fought to contain the blaze which seemed at one stage as if it would destroy the entire building.

Thankfully it seems as if much of this beautiful will be restored in time, and no doubt engineers, architects and craftspeople will be consulting historical documents and drawings in their quest to replicate the genius of bygone cathedral builders. 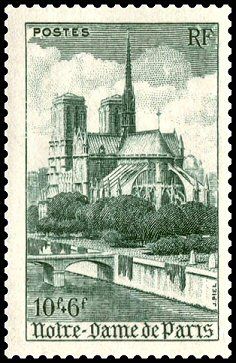 To fully appreciate the beauty of Notre Dame, we need look no further than the dozens of stamps issued over the years featuring this iconic building which is a symbol of France and the Catholic Church.

One of the oldest such stamps was this 1947 view, showing the cathedral alongside the River Seine. The delicate spire is clearly visible; sadly this 200-year-old part of the building collapsed because of the severity of the flames. Notre Dame bridge can also be seen. 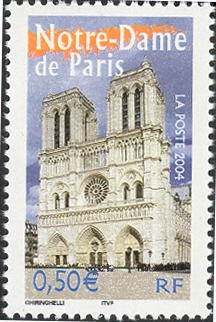 The cathedral was one of four buildings spotlighted in France’s 2003 ‘European Capitals’ issue (above) that also included Citadelle Saint-Esprit, Palais Grand-Ducal and Pont Adolphe. The €0.50 Paris stamp showed a long-range view of the cathedral. The following year the cathedral also appeared in a ‘portraits of regions’ issue.

Notre Dame is famed for its medieval stained glass, some of 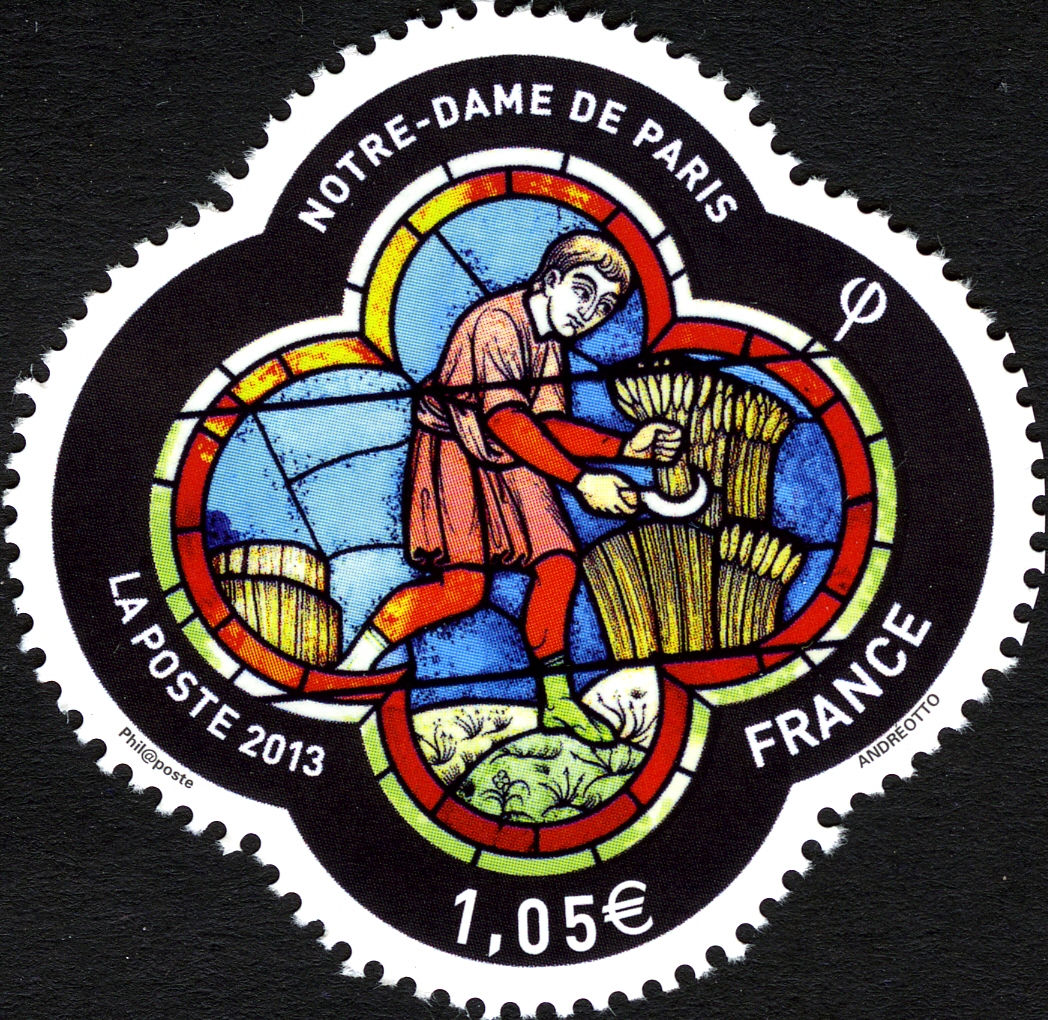 which tragically appears to have been lost during the fire. This 2013 stamp from France features one of the cathedral’s striking works of art in glass, showing a medieval farmer at work. The set also included an image of Our Lady with Jesus.

The cathedral was most recently featured on stamps in 2016 in a twelve-stamp ‘structure and light’ issue that highlighted the work of the glassmakers of centuries gone by. 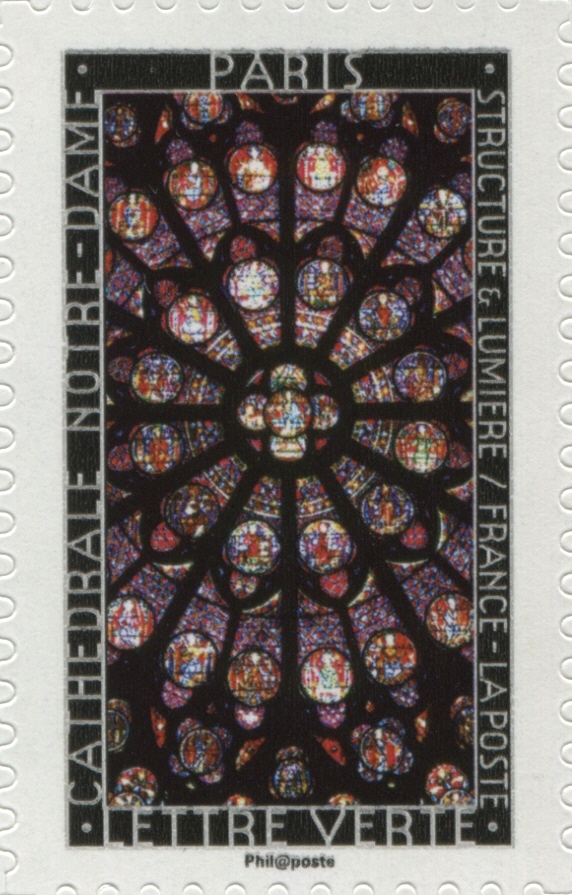 Perhaps when the fundraising appeals are fully underway, one or more countries might issue a stamp to help with the efforts. There is certainly no shortage of inspiration from this beautiful building that has watched over Paris for more than eight centuries.

To donate to the Notre Dame appeal, visit the Friends of Notre Dame website.