In this Commonwealth stamps guide, David Bailey looks at the first stamps issued by the British Empire, this time focussing on the province of Canada 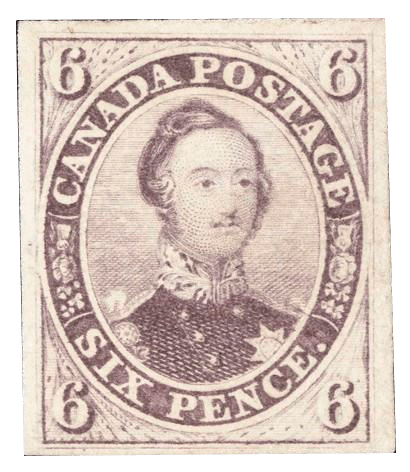 In April 1851, the Province of Canada took over responsibility for internal postage from the GPO in London; it was a change planned for some time. In 1849, Canada’s legislative assembly had decided on prepayment of mail by postage stamps and that these stamps should be engraved.

They had also decided on a set of three values:

Design of the 3d stamps was done locally, by the multi-talented Sir Sandford Fleming. His main monument is the system of worldwide time zones built around a prime meridian and a 24 hour clock; he was an early promoter of this. He was also a surveyor, cartographer, and a railway engineer.

With the stamps, his original idea was to use the beaver on all values in the set, but since the 6d and 12d would be going abroad, it was felt that royal portraits would be more appropriate. The picture of Prince Albert comes from a drawing by William Drummond and Queen Victoria from a full-length portrait by Alfred Edward Chalon. 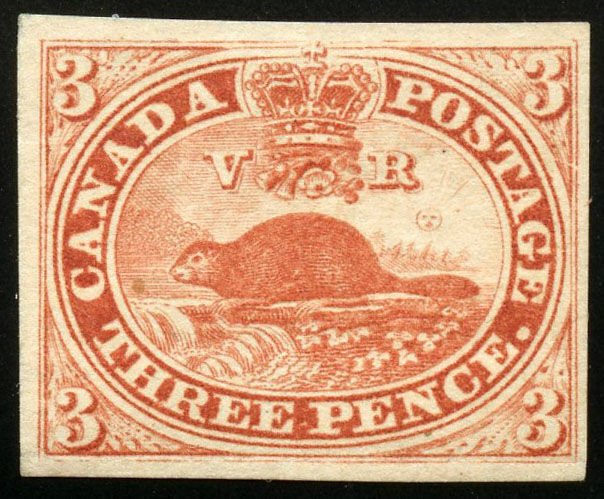 Canada’s 3d beaver stamp was not the first to feature an animal; that honour belongs to the 1845 Postmasters Provisionals from St Louis Missouri, which featured the two bears from its coat of arms. But it is the first stamp from a proper country to show an animal, and the only stamp to show a rodent until 1939, when Bolivia issued two stamps of Chinchillas.

When it came to printing the stamps, Canada looked across the border to the New York firm of Rawdon, Wright, Hatch & Edson. They printed debentures for the Canadian government and banknotes for Canadian banks. They had also been printing the United States’ stamps since 1847.

The first stamps were printed on a laid paper, with horizontal lines for the 3d and vertical for the other two values. It was handmade and supplied by the Ivy Mills of Chester Pa, who specialised in banknote papers. Shades of paper run from grey to white and the laid lines are often difficult to see.

Unpopular with the postmasters

However, the new stamps were not popular with postmasters, who resented the labour involved in cutting stamps from a sheet, selling them and then cancelling them. They preferred to simply handstamp the covers and collect the cash. This remained a common practice until the use of stamps was made compulsory in 1875.