The brief independence of the Ukraine: expert stamp blog In his latest expert stamp blog, Dr David Parker presents stamps that show the Ukraine’s struggle to create an independent republic in the wake of the First World War.

The Ukraine suffered particularly badly during the fighting on the Eastern Front during the 1914-18 war, and several attempts to create an independent republic afterwards were blighted not only by the constant conflict between White and Red armies that ravaged the region until late 1921 but also by the territorial ambitions and aggression of Poland and Czechoslovakia.

A Socialist Tsentraina Rada (National Council) established in Kiev proclaimed independence on 22 January 1918 and signed a separate peace with Germany and Austria on 9 February, but was challenged from its outset by a rival Bolshevik Soviet Republic in Kharkov.  In April Pavlo Skoropadsky, an ex-Imperial Russian General, ousted the Rada with German support and established a conservative Ukrainian State that lasted until the Germans left in November.

In July 1918 the fragile state managed to issue one eclectic set of stamps mixing the Ukranian heritage with hopes for its future through images of the ancient trident from the Arms of the national hero Vladimir the Great, Ceres the goddess of agriculture, a peasant, and a victory wreath. In April the set was printed on card with a note on the reverse proclaiming it could be used as paper money.

Various places such as Odessa, Kiev, Kharkov, Kherson, Poltava and Yekaterinoslav supplemented these with huge numbers of Romanov Arms stamps locally overprinted with various forms of the Ukrainian trident to avoid the fraudulent use of unofficially imported stocks.  Surplus stocks had flooded in from printers in Constantinople and Paris commissioned originally by General Wrangel, the White Russian commander in South Russia, and overprinted with inflationary values.  Large stocks had been ordered for use in the vast refugee camps in Turkey and Greece as Wrangel’s area of occupation shrank.

The German withdrawal opened the way to further warfare between rival factions.  Skoropadsky left with Germans, and the Ukrainian nationalist Symon Petliura became leader of the Directorate of Ukraine that for most of 1919 fought both White Russians and Bolsheviks in a desperate attempt to maintain its independency.

The ambitious and aggressive Poles seized Eastern Galicia, and ended its short period of internal autonomy as the Western Ukraine National Republic.  Its brief existence centred upon Lviv, Przemysi and Stanislaviv had lasted from early November 1918 to July 1919, but its aspirations remain recorded in the numerous overprinted Austrian stamps it introduced.  In the event, very few were actually used for postage. 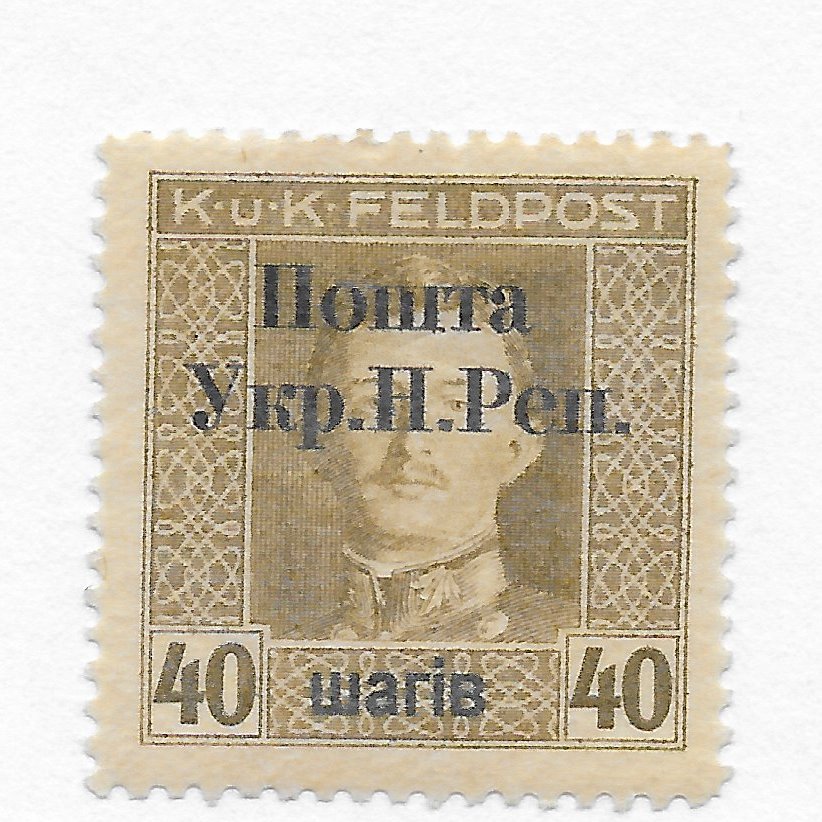 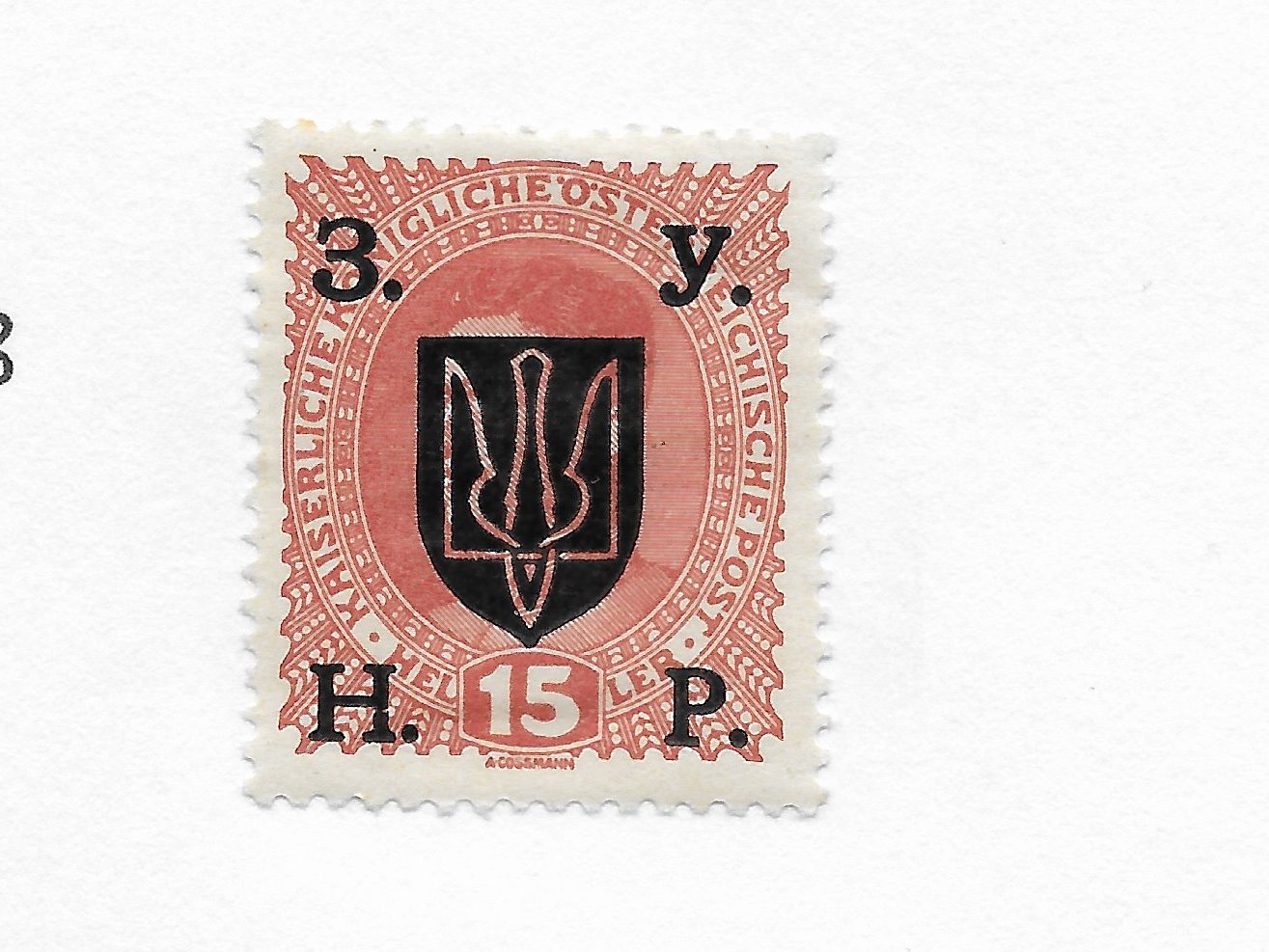 However as the Bolsheviks gained ground Petliura accepted the lost of Galicia, and made peace with the Poles.  They joined forces against the Red Army which was not only threatening the Ukraine but also Warsaw.  Poland defeated the USSR, but the Ukraine did not and in November 1920 Petliura and many of his men sought refuge in Poland.  His philatelic legacies are a single ornate stamp issued in January 1919 and the Skoropadsky pictorial set overprinted with Polish values for army use. 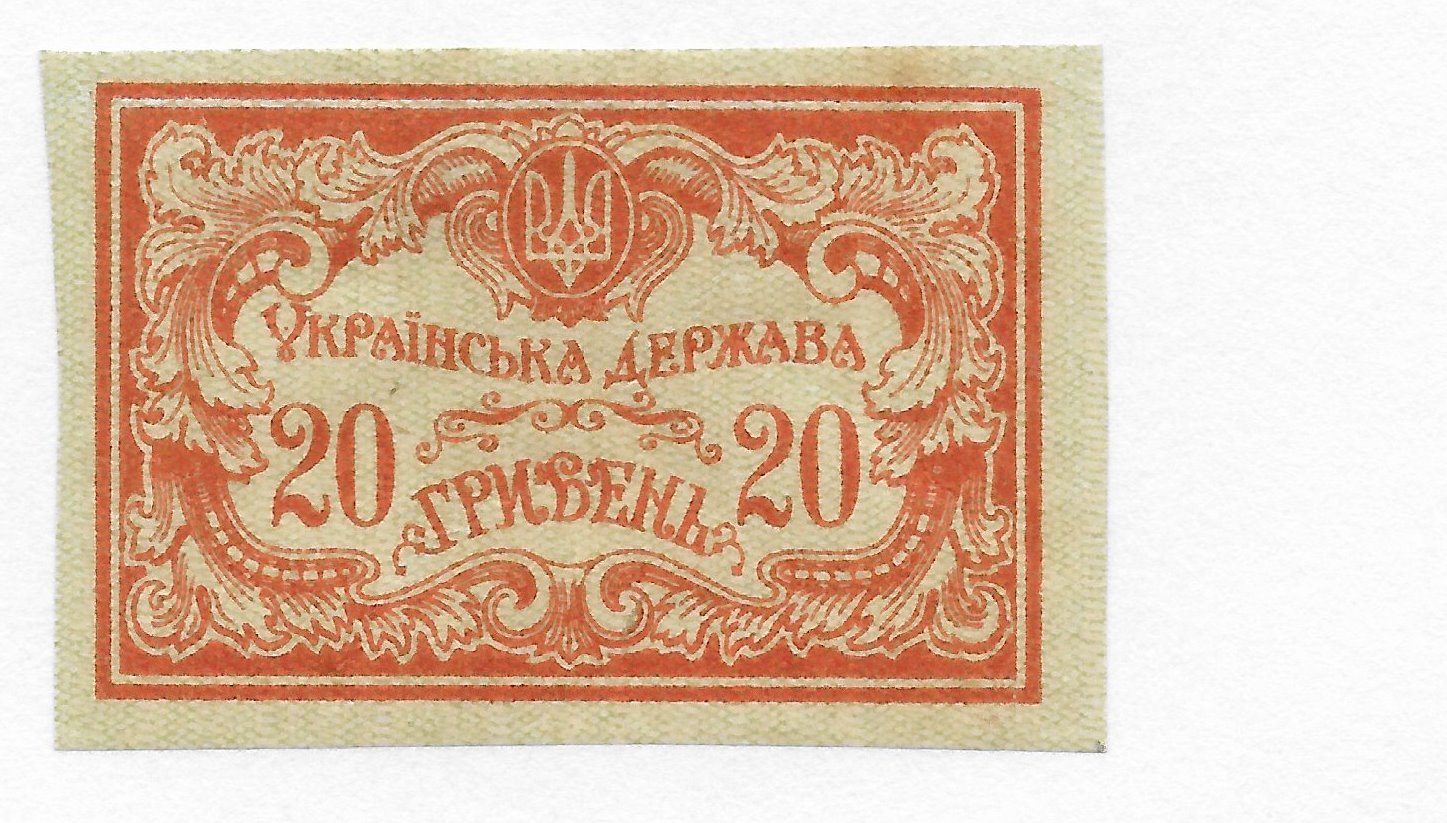 The Bolshevik Soviet Republics across the Ukraine won the day. They had united in March 1919, allied with the Russian SFSR in December 1920, and became part of the USSR two years later. A brief period of internal autonomy remained, and in 1923 the Ukrainian Soviet Republic issued a set of surcharged stamps to help relieve the widespread famine.

Strikingly designed, one pictured skeletal Death visiting a peasant, another the cloaked spectre of Famine, the third the State distributing bread, and the fourth the renowned liberal and anti-Romanov Ukrainian artist and poet Taras Shevchenko (1814-61) who had celebrated the region’s countryside, its people and their cultural and political aspirations. 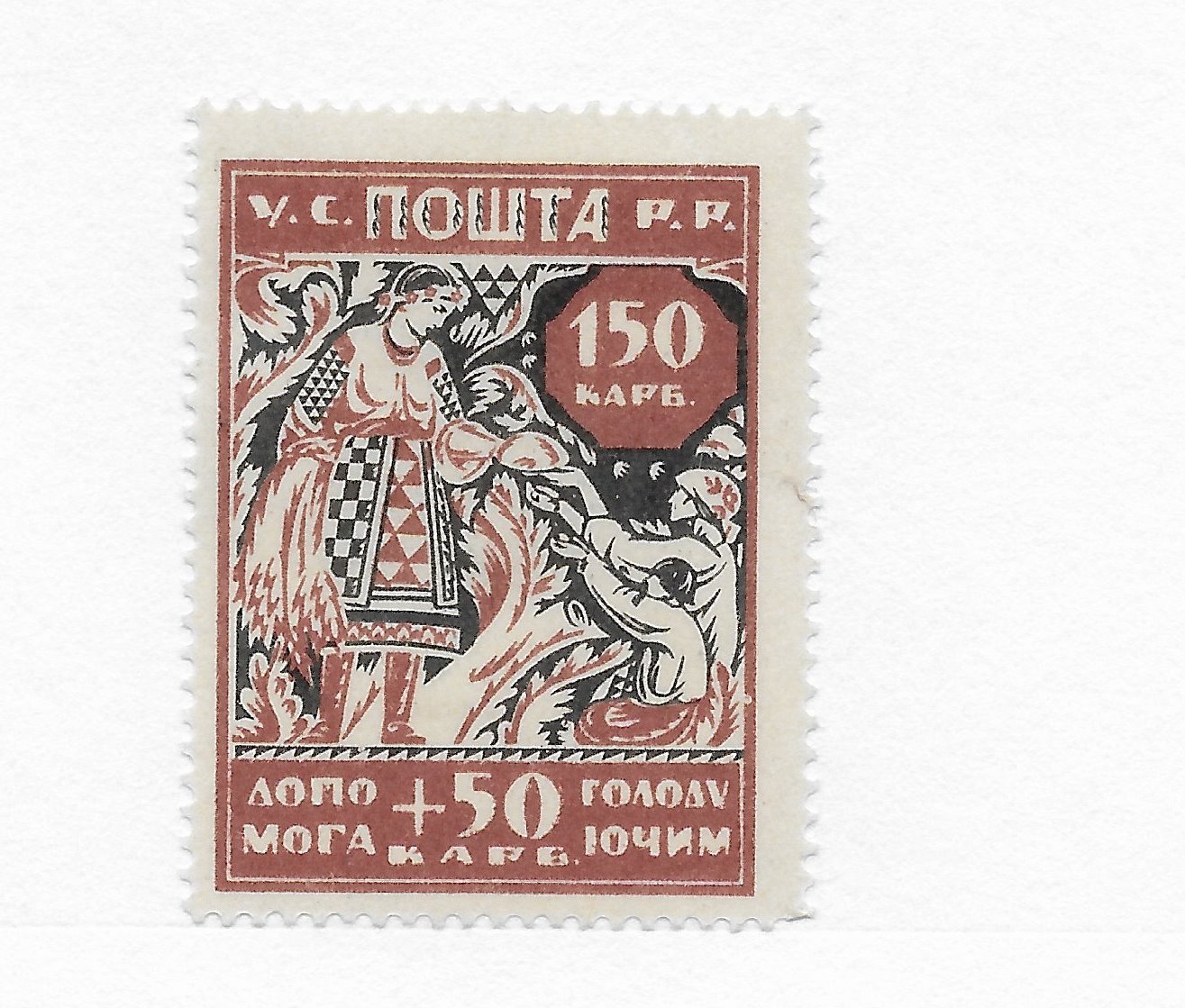