In her regular thematics column, collector Katrin Raynor-Evans, looks back on the Tokyo Olympics and reveals some of the many stamps issued to celebrate this global sporting event.

Finally, after a long five year wait the Tokyo Olympics 2020 kicked off on the 23 July and finished just a few days ago on the 8 August, now we have the brilliant Paralympics to enjoy!

Over 200 nations took part in the Olympic Games, competing in over thirty sports - it really is a revered event for the sports community, participants and spectators alike. If you love the Olympics, then you will love this small selection of stamps celebrating a fantastic global sporting occasion. 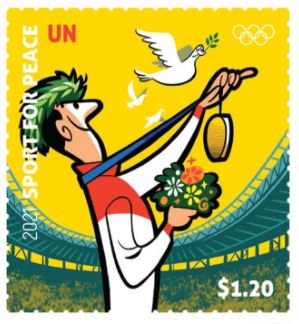 Most recently, the United Nations Postal Administration (UNPA) and the International Olympic Committee (IOC) teamed up and issued a set of six stamps on the 23 July this year commemorating the Tokyo Olympic Games. The stamps designed by Japanese artist Satoshi Hashimoto feature sailing, baseball, judo, diving, equestrian and golf. 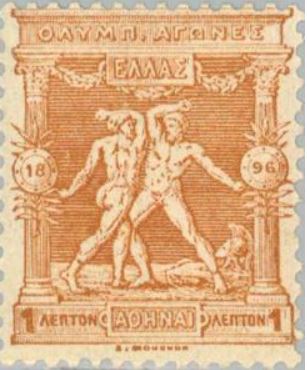 Due to the number of countries that participate in the Olympics, you will be spoilt for choice when you start to research this theme. The postage stamps have a long history dating back to 1896 when Greece issued the first Olympic themed stamps to commemorate the first modern Olympic Games that took place in Athens that year. Illustrations on the design include nude boxers, discus throwers and the winged figure of Nike, Goddess of Victory. 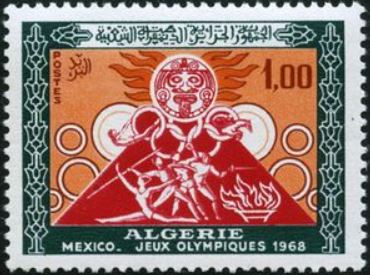 Over the decades, stamps celebrating this momentous event have been issued in Belgium, France, Germany, Switzerland and further afield in Bahrain, Morocco and South Korea. The Olympic flame has been a favourite to illustrate on stamps such as this rather wonderful effort from Algeria depicting the Olympic rings and flame, celebrating the games that were hosted by Mexico in 1968. Mexico was the first Latin American country to hold this event.

The UK went all out in 2012 when London hosted the Olympics. The Royal Mail issued a stamp for each gold medal won by team GB and in total produced a whopping 29 stamps! What will your trophy stamp be?