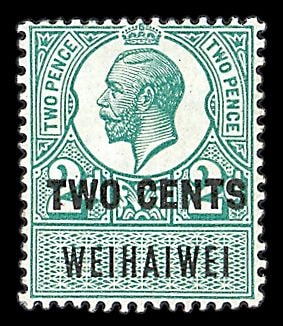 The market for Chinese stamps and postal history has grown dramatically in the past two decades and a collection of covers sent during the late nineteenth century proved very popular at a recent auction, as Warwick and Warwick’s Colin Such explains ...

The market for Chinese stamps has mushroomed in recent years, with issues from the 1960s and 1970s realising prices unheard of twenty years ago.

I have come to the conclusion that these dramatic price rises must represent the purchasing power of a new influx of collectors and that these collectors are based in China and Hong Kong. Examples of price rises can be seen by comparing catalogue quotes for certain mint sets, using the SG catalogues of 2007, 2011 and 2012.


The stamp issues have increased in value at a faster rate than the more esoteric items such as postal history, covers, proofs and postmarks and this is typically the case with an emerging and expanding market.

Tracking down stamp issues from the 1960s is always easier than researching and understanding postal history and the demand for the less sophisticated product in a rising market is always going to be enormous. Nevertheless there is also a strong and growing demand for the more specialised end of the Chinese philatelic market.

Our recent auction contained a fine collection of Chinese Treaty Port cancellations and it proved very popular with the bidders.

This 1908 postcard shows four Hong Kong KE VII adhesives, cancelled by strikes of the Liu-Kung-Tau cds A Chefoo transit cds is alongside. The card travelled to England via the trans-Siberian railway.

As a result of losing the First Opium War, China ceded Hong Kong to Britain as well as creating five ports where there were no restrictions on trading and the British residents enjoyed western style life and were allowed clubs, racecourses and churches.

A further group of British Treaty Ports were established in 1860.

Other western powers also opened Treaty Ports and eventually over eighty were established in China, Korea and Japan and lasted around eighty to 100 years. The British established post offices in 21 consulates in Treaty Ports.

Initially pre-payment of postage was not compulsory, but from 1864 Hong Kong adhesives were used at the Treaty Port post offices and covers bearing them were cancelled in Hong Kong before being dispatched overseas.

However, the level of theft of unfranked stamps removed from the Treaty Port mail in transit to Hong Kong resulted in the British Post Office sending out obliterators and datestamps to many of the Treaty Ports in order that they could cancel the adhesives themselves.

Stamps overprinted ‘China’ were introduced in then-existing agencies on 1 January, 1917 to prevent currency speculation in the Treaty Ports.

The collecting of Treaty Port cancellations on Hong Kong stamps is a well-established branch of Hong Kong and Chinese philately. I wonder if the new influx of collectors will make a difference to the prices achieved at auction…

Colin Such is a Director at Warwick & Warwick auction house and an expert in postcards, stamps and postal history.

Colin writes the regular 'Travels of an Auctioneer' column in every issue of Stamp & Coin Mart.