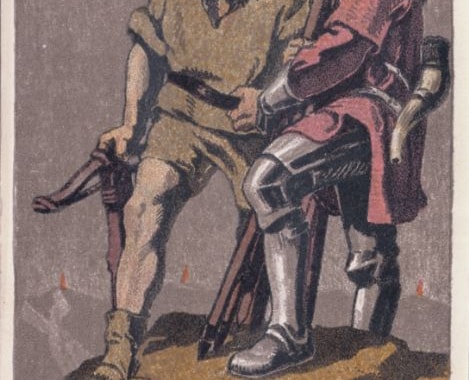 Switzerland's Pro Patria stamps have proved to be a long-running annual issue, helping to raise funds for a range of good causes in Switzerland, but their forerunners were the Bundesfeier (National Festival) postal cards. ...

Switzerland's Pro Patria stamps have proved to be a long-running annual issue, helping to raise funds for a range of good causes in Switzerland, as detailed in the June issue of Stamp & Coin Mart, but their forerunners were the Bundesfeier (National Festival) postal cards.

The postal cards were issued by the Swiss National Day Committee in co-operation with the Swiss Post Office, and bore postage stamp imprints. As with the stamps, the proceeds from sale of the cards were devoted to worthwhile causes.

The first Bundesfeier postal card was issued in 1910, a single card depicting William Tell and a soldier. Postal cards were then issued every year although, from 1912, sets of cards were issued each year, the number of cards in each set varying from two to five.

The last issue of postal cards took place in 1937 as a consequence of the plan to issue Pro Patria stamps in 1938. Bundesfeier cards from 1938 onwards were merely postcards and bore no imprinted stamp. In total, thirty postcards were issued between 1938 and the final annual issue in 1960. In most years only one card was issued but there were two in 1938, 1939 and 1945, and five in 1944.

Collectors should note that, in spite of the annual issue of postcards having long since ceased, two postcards were issued in 1991 to commemorate the 700th anniversary celebration of the Swiss Confederation, and in 2012 a card was issued to mark the centenary of Bundesfeier cards.

Bundesfeier postal cards can be collected in several forms. Collectors may prefer them used or unused.

Cards used on 1st August of the year of issue attract a premium and cards can also be found with the overprint ‘Entwertet’, meaning that they had been invalidated for postage. Postcards issued after 1938 can be collected mint, or used, preferably with a first day cancellation of the appropriate Pro Patria stamp.