The first Victorian halfpenny stamp was issued in October 1870 due to a reduction in the postal rate for newspapers and the introduction of the postcard. Find out more in our guide to the Halfpenny Rose Red or 'Bantam' stamp

During the first thirty years of adhesive stamp sales in Great Britain (1840 to 1870) only two values – ONE PENNY (The Penny Black) and TWO PENCE (Tuppeny Blue) – were needed for use on the several billion inland letters weighing up to one ounce that passed through the mails in those decades. 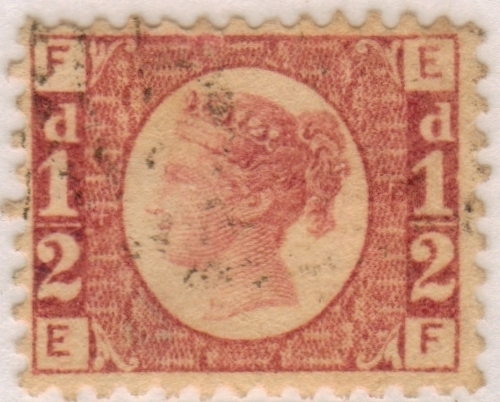 A mixed reception for the 'Bantams'

The London City Press described the halfpenny stamp as 'about two thirds the size of the ordinary penny stamp and printed in a similar red. But the portrait of Her Majesty in a circular medallion is disfigured by large halfpenny symbols on the left and right.'

The stamp’s design continued to meet with disapproval well into the 20th century, probably culminating in 1943 with the disparaging remarks of John Easton, author of British Postage Stamp Design:

'The Halfpenny of 1870 was a freak with a miniature head of the Sovereign floating in a small white circle, with figures of value of huge disproportion flanking to left and to right.'

The Bantam’s replacement – a standard-sized stamp inscribed POSTAGE HALFPENNY – was surface printed and issued in light green by De La Rue in 1880, thus ending the ten-year use of the unique 'bantams'.